2nd route: Palmanova with the ramparts and walls 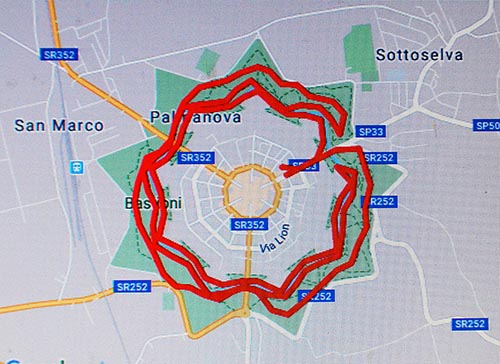 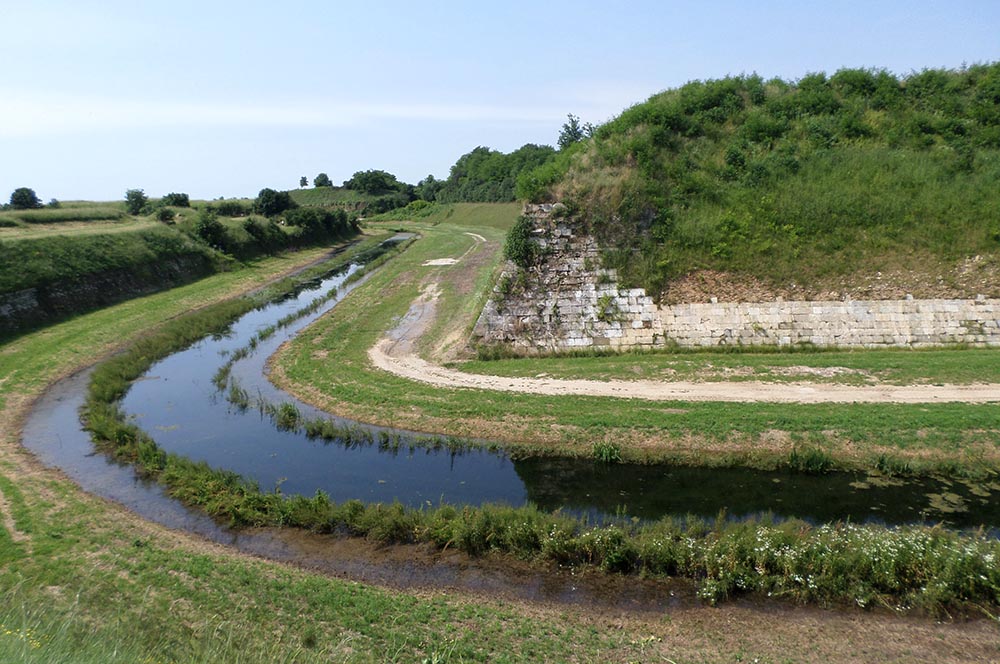 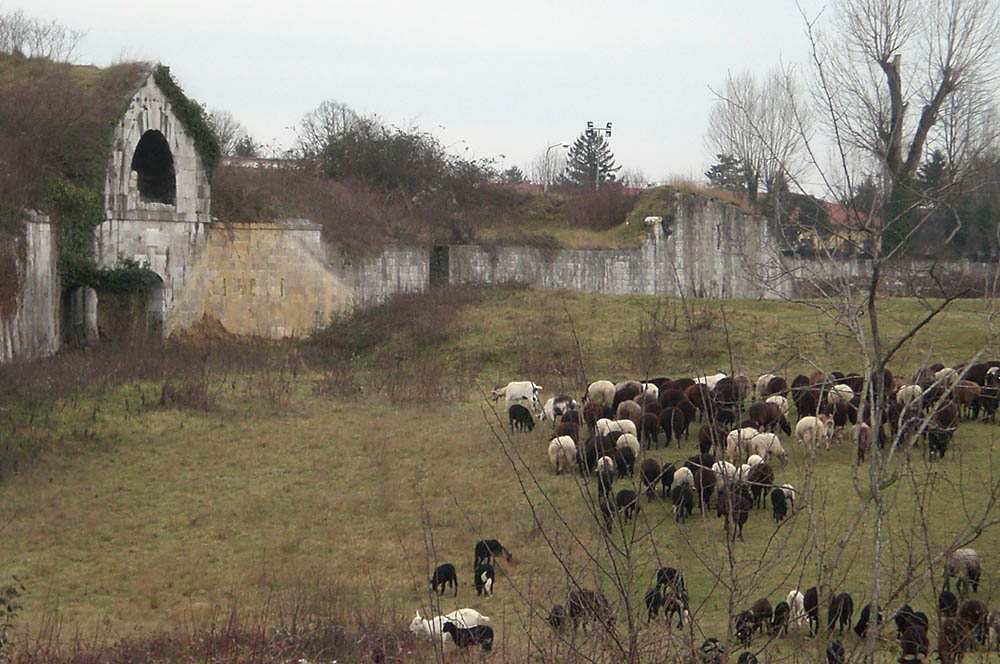 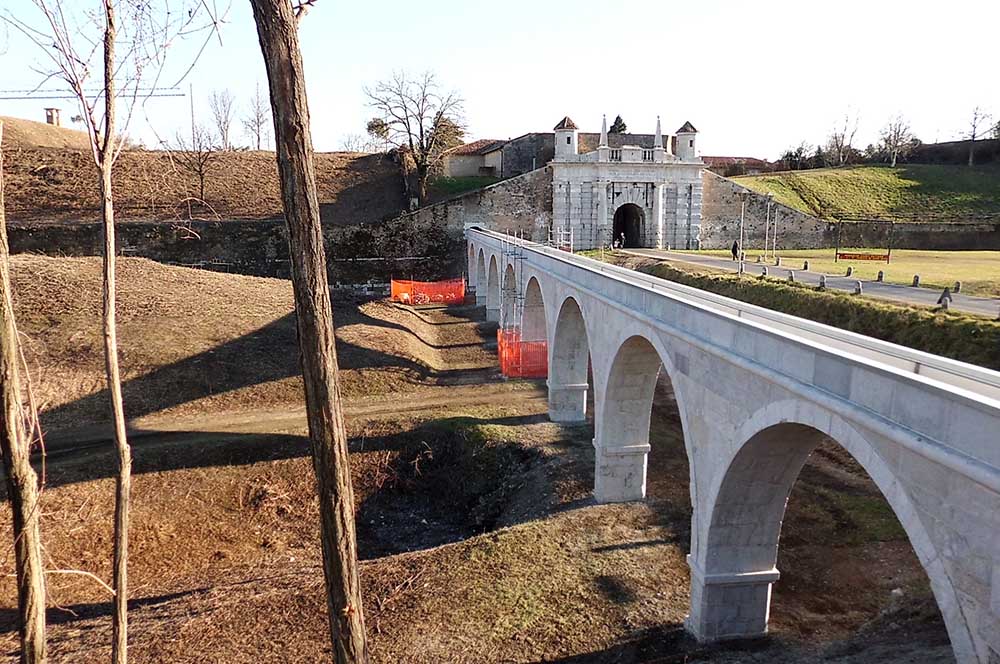 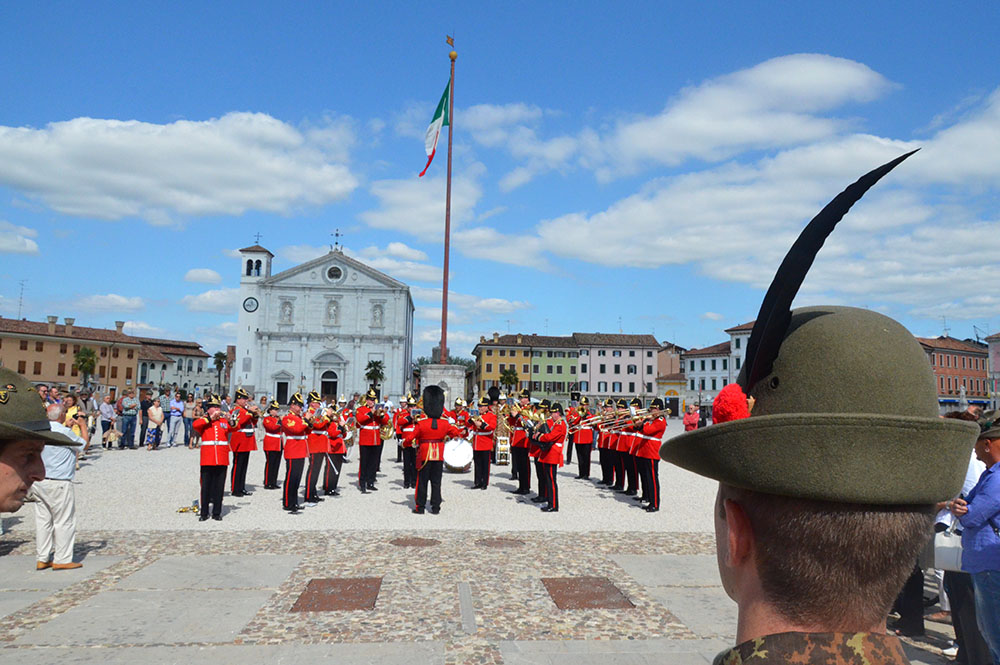 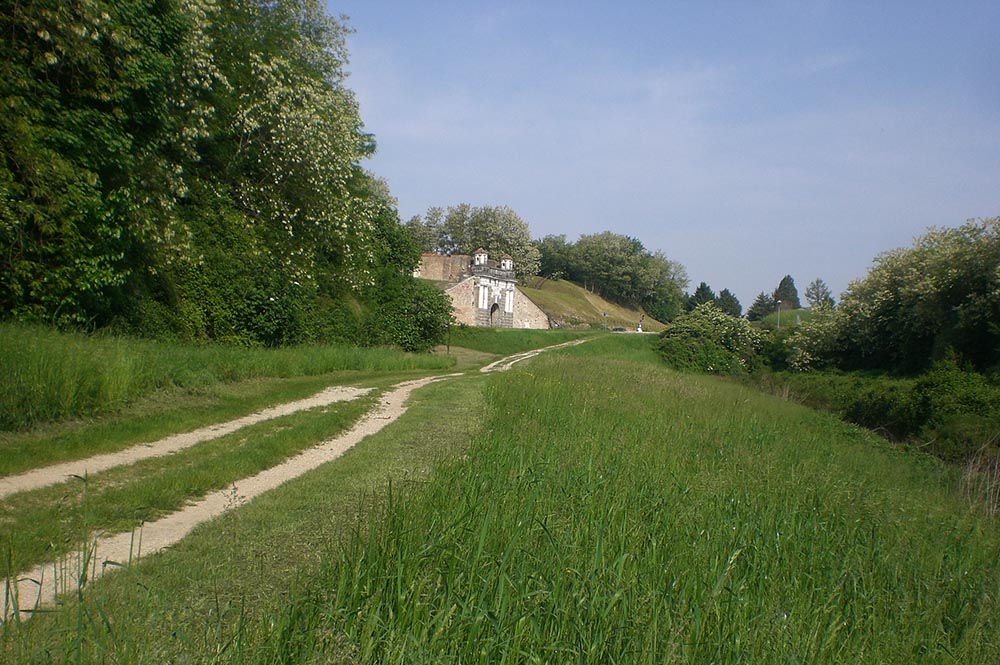 Palmanova the star-shaped city: a fascinating, elegant, picturesque Venetian fortress built by the Republic of Venice at the end of the 16th century to defend against the Turkish invasions.
There are three external rings that can be travelled on foot or by bike. The narrowest runs alongside the mighty stone walls of the fortress bordered by the central channel of the moat.

The second ring is located on the side opposite the channel, outside the moat and at a higher altitude.
The third ring instead follows a path with a wider radius along the meadows that crown the moat and the walls of the Palmanova fortress.